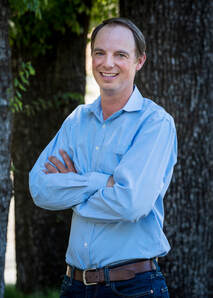 Paul Goldberg, Bettinelli Vineyards
​President of the Board 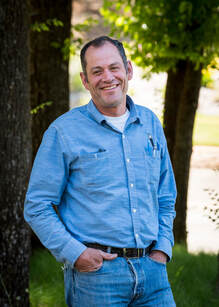 ​​Arnulfo Solorio, Silverado Farming Company
Vice President of the Board
2022 Grower of the Year

Arnulfo Solorio a Partner and Vice President of Operations at Silverado Farming Company, where he has served in leadership roles since 2002. His legacy however may be the creation of the Napa Valley Farmworker Foundation in 2010. Nufo was passionate about starting the Foundation as a way to provide professional development and educational opportunities to farmworkers and their families.

Nufo was born in Patzimaro, Michoacan, Mexico. From a young age, he dreamed of going to school, but his family were ranchers in Mexico, and he was told: “Books do not feed you; animals and land do.” Following his dreams, Nufo travelled to Napa at the age of 14. He began working at Charles Krug as a field worker and mechanic’s assistant and enrolled in school. He has worked as a vineyard manager for some of the most storied of Napa’s properties, including Franciscan, Domaine Chandon, Mondavi, Charles Krug, and Tonella Family. He eventually worked his way through school and was able to enroll in Napa Valley College in 1984. Since he began at the college, he has completed enough courses to receive three Associates Degrees - while working full-time and raising a family.

He strongly believes education is the key to success and that learning never stops. Beyond managing operations and personnel at Silverado Farming Company, he is part of the team that develops training, education, personal growth, and reward programs for employees. He believes that empathy and compassion are the key to successful leadership.

Pete Richmond, Silverado Farming Company
Treasurer of the Board
​
After receiving his degree in agriculture business from Fresno State University, Pete spent 15 years working as a vineyard manager in the Central Coast and Napa Valley. He worked for a number of wineries, eventually managing the Napa and Lake County Vineyards for Kendall Jackson, affording him his first exposure to growing grapes for high-end wines, including the Lokoya and Cardinale brands. In founding Silverado Farming Company, Pete’s goal is to work with small estate wineries where the focus is on wine quality and not the short-term bottom line. Additionally, Pete and his partners founded the One Percent for the Community Fund, where they pledge one percent of gross revenue to at-risk children and farm worker-related issues in Napa County. Pete is currently on the Board of the Napa Valley Grapegrowers and was named the 2019 Grower of the Year.

Oscar Renteria | Renteria Vineyard Management
Oscar joined Renteria in 1989 after graduating from St. Mary’s College. In 1993 Oscar assumed proprietorship of Renteria and began to work closely with the distinguished group of clients his father Salvador had cultivated for so many years. In 1995 Oscar was named President, and in the ensuing years he progressively grew Renteria into one of the largest vineyard management companies in the North Bay area.

Dave Whitmer
Napa native, Dave Whitmer retired from the County of Napa in 2013 after 33 years of service - the last 20 years as the Agricultural Commissioner and Sealer of Weights and Measures.
In retirement, Dave is spending quality time with Loie, his wife of 38 years and doing some traveling, both domestic and international. He is passionate about working to make a difference in our community and in addition to serving on the Board of Directors of the Napa Valley Farmworker Foundation, is volunteering as a Guiding Coalition member of the Napa Circles Initiative, a local anti-poverty campaign; serves on the Board of Directors of Sustainable Napa County; is a member of the Napa Housing Coalition and a member of the Marketing and Asset Development Committee for the Napa Valley Community Foundation.

Mike Wolf | Michael Wolf Vineyard Services
​Mike’s early farming experience came from working for Mendocino Vineyards Company, in Ukiah from 1978 thru 1981, when the opportunity arose to move to Napa, as a vineyard supervisor of a large agricultural development in Pope Valley. Following 12 years of experience with every aspect of vineyard development and production, in 1994, Mike was offered a job managing 500 acres of vineyards in Napa Valley for Beckstoffer Vineyards, who also was his early employer in Ukiah. Michael Wolf Vineyard Services was founded in 1997, and provides a full range of vineyard management services. The company has over 40 clients, including both independent growers and wineries, representing over 650 acres of vineyards in Napa Valley.